What I Learned about TikTok after Two Months of Heavy Usage

This blogpost is designed for mobile devices. 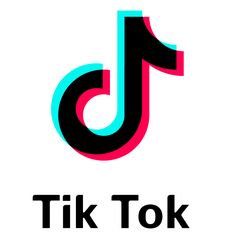 I have to admit, I only heard about TikTok at the beginning of this year. While doing a little research I came across this article, which made me curious enough to install the app. 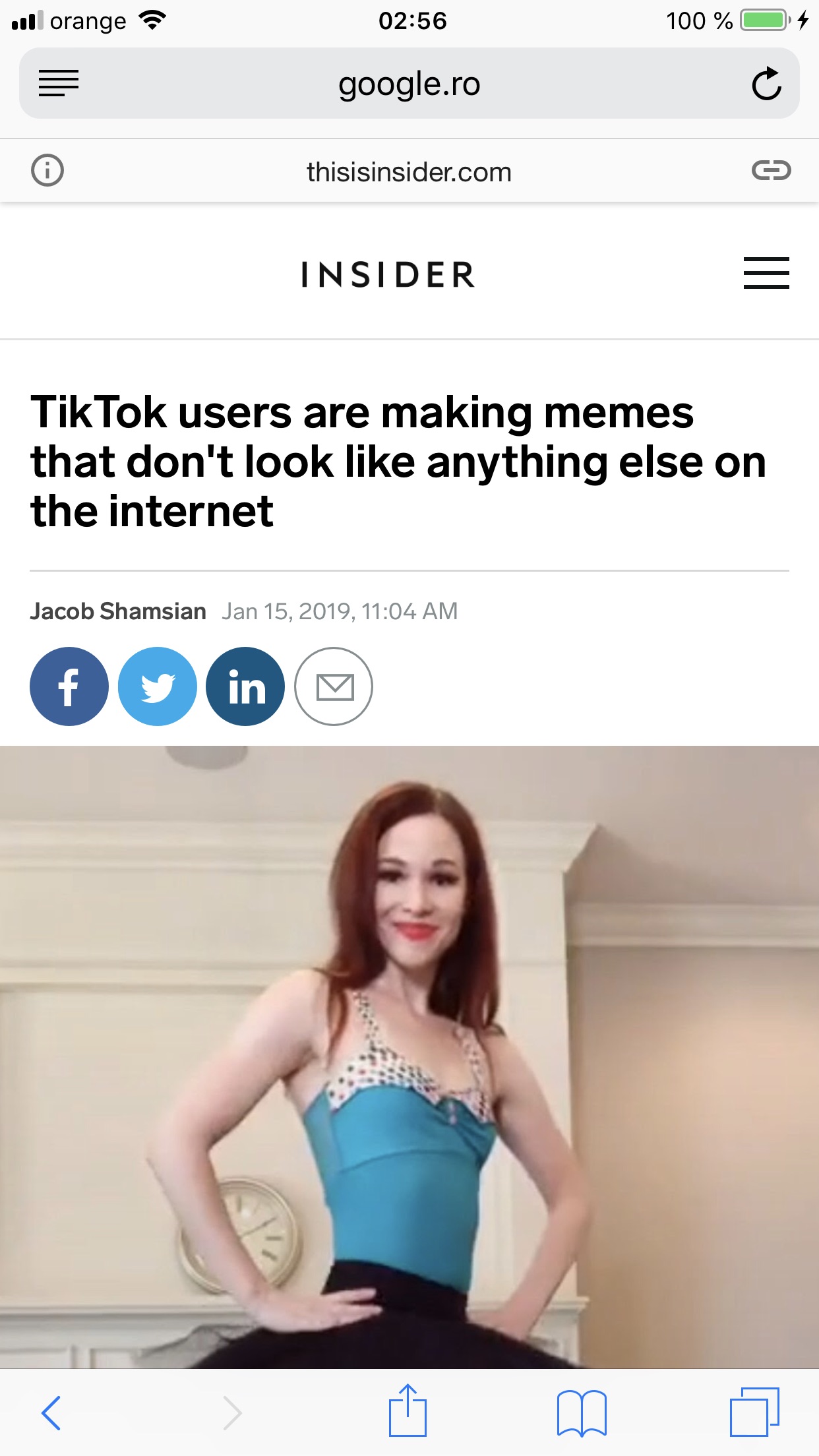 Well, two months later, I can confirm that the title of the article is 100 percent true.

TikTok IS COMPLETELY DIFFERENT from anything I have seen before, and I became instantly addicted. Since January 15, I have spent hundreds of hours watching over 10,000 short movies. Moreover, I have also become a video content creator, creating and publishing over 40 movies that, together, have exceeded 200,000 views and 9,000 likes (hearts). These figures are not extraordinary, but given the fact that I generate and share content almost exclusively during weekends and have not manage to “migrate” almost anyone from the audience I have on Facebook or Instagram, I was very surprised to reach them. 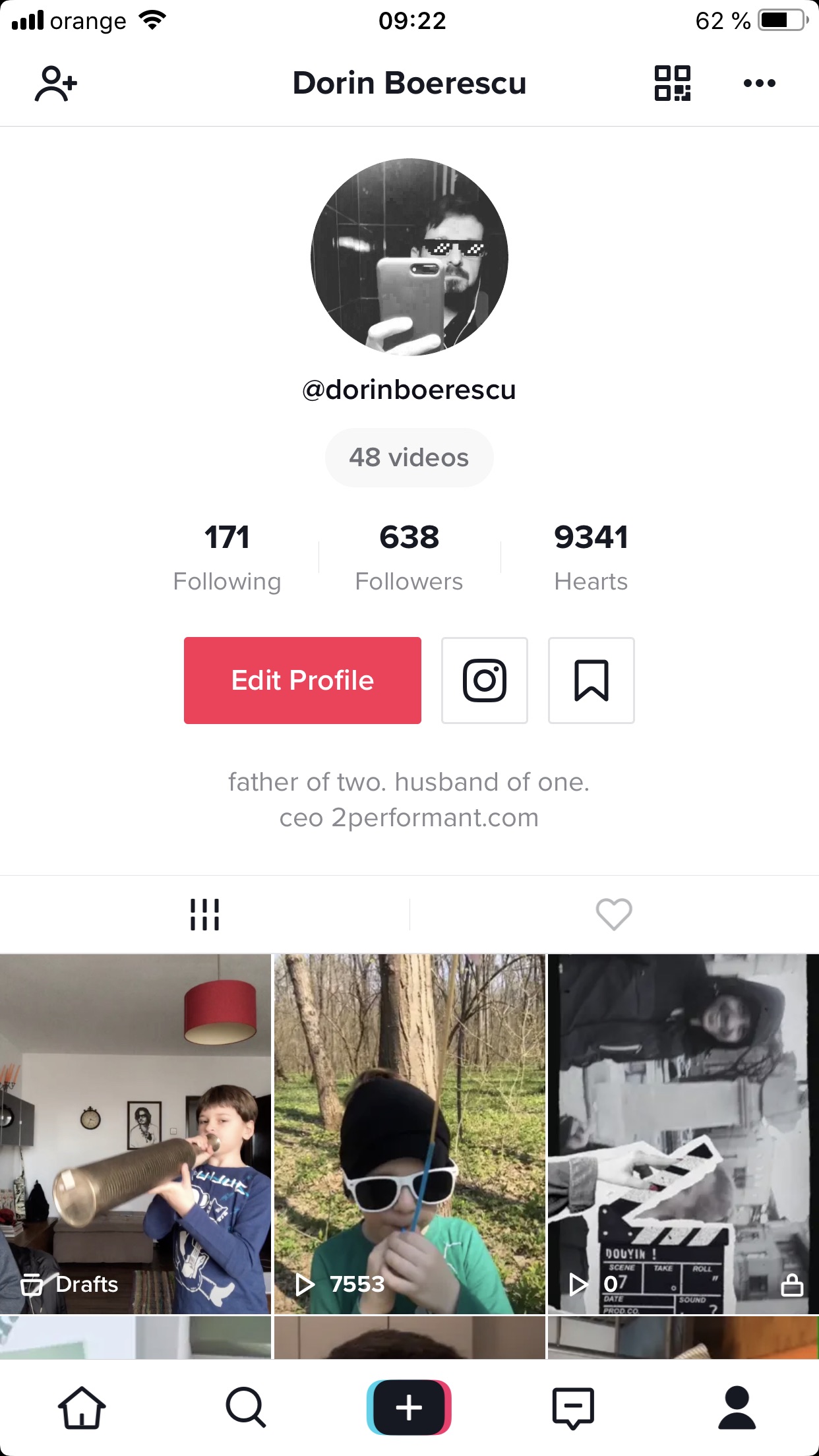 In short, TikTok is a mobile app that anyone can use to easily create and distribute 15-second videos. Its video editing capabilities are incredibly advanced and you can access a virtually infinite library of music, sound effects, and audio sequences from movies, no matter how famous or obscure. (I do not know how they solved the copyright problem)

TikTok is the former Musical.ly, which was bought by a Chinese company in 2017 for $1 billion. Two years later, it is the world’s most downloaded app, recently surpassing a billion downloads. Yes, you read that correctly! 🙂

TikTok is the first app that genuinely democratizes video editing and turns ordinary people into entertainers. It’s amazingly simple to create videos, add sounds or music from the library and this create a completely new space with a new category of content creators. Specifically, what’s going on there? You can watch movies like this:

If TikTok remained a lip syncing app (as it was in the beginning), we would probably have had mostly this kind of clips there:

Fortunately, the TikTok space have become way cooler. Now is the place where you can watch 15-second stories:

And where creators “talk” about strong emotions:

Or where people simply fool around; but they do so in extremely creative ways and with a certain charm, which I have never encountered anywhere else. Yes, it seems a lot like Vine or Snapchat, but it is much easier to use.

Ordinary people can become actors, directors, and scriptwriters and can experiment with video effects in unexpected ways, with results that look surprisingly good.

Often, users make these movies along with their families:

This is one of the important differentiators I have identified at Tik Tok compared to similar apps—you see much more content created by many people together, be it family or friends.

Moreover, once a trend is launched (in the form of a challenge to make clips after a particular script or soundtrack)—a task that TikTok does or even directs users to do—many other users start to participate in that trend and provide their own interpretations, which you can track on the trend hashtag.

If you judge some videos to be silly or perhaps even useless, think about how much users are learning making these videos, not only in terms of personal relationships and teamwork but also in terms of video production, acting, set design, lighting, etc. In addition, think about how great it must feel to be able to do this:

Here are a few movies with remarkable video effects:

Sometimes the movies deal with serious topics such as cyber bullying or body shaming:

Often users are simply playing with their pets, which make the clips irresistible.

To learn how to create cool videos on TikTok, I recommend that you look for the #tutorial hashtag; it currently has 5.3 billion views globally. Here is the most popular tutorial with over 4 million likes:

Install your app, watch public trends, and play with the video editing. You will have a lot of fun. 🙂

I will be waiting for you there!

how to use tiktok

A laptop, an internet connection and a sea of dreams